On Monday, I was lucky enough to go to Social Media Week's Opening Party. If you don't know what Social Media Week is, it is a week long event which takes place around the world, holding events, guest talks and lectures revolving the world of social media. For more information, check out their website HERE. The opening party is a great way to get a flavour for the week and a fantastic chance to network so I was very excited to go. For all of you that couldn't make it, I will be including photos of the night, so you all can see.

The first thing that took me by surprise was the giant red carpet outside we had to walk down! As well as this, around 20 photographers were snapping my photograph! I didn't have a clue where to look it was very surreal, but what a fantastic welcome. Upon entering there was also a lobster van which was serving various food throughout the night that went as quickly as you could even say the word lobster. 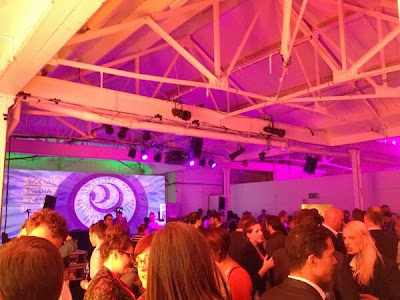 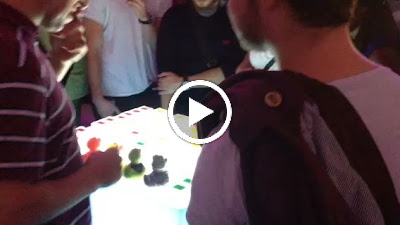 The inside of the party was decorated beautifully and the lights and effects around the room did look really good. As you can see from my photos, it was quite dark but there were a lot of strobe lights which heightened the atmosphere. 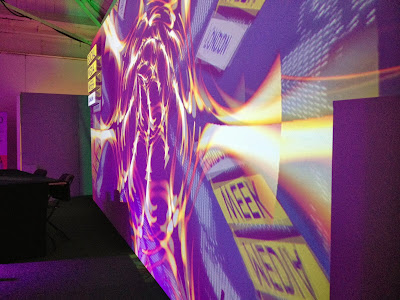 The night itself was good, there were various stalls and stands showcasing brands, but by far the best was the Duck DJ stall. When the ducks and blocks moved around the square, the beat changed and it was almost like a DJ deck. Very fascinating. 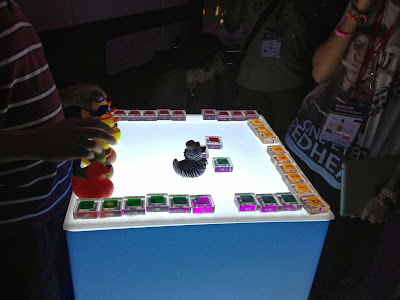 At the party there was also a great graffiti battle in which a white blank wall was covered in graffiti, it was great to see this progress and it was done only using a pen, great to see! Although I don't know what the image on the left is meant to be, eggs? 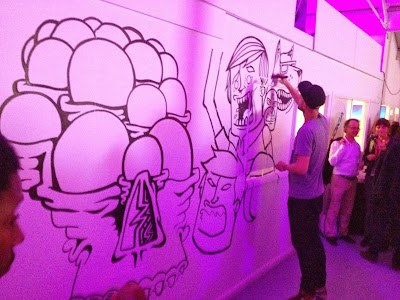 As well as this there were Nokia stands, lots and cupcakes and blue wine. The Nokia stands were showing the various new Nokia phones, which had some great new features and the cupcakes even had Nokia logos printed on them. To top this off and promote Nokia just that little bit more, the wine was blue, blue wine! 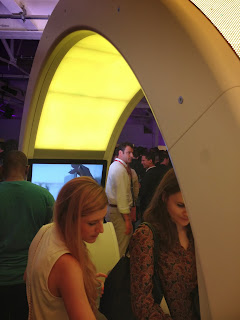 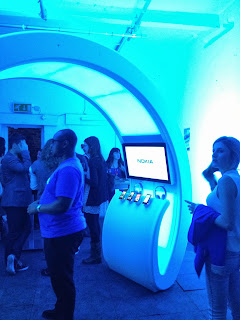 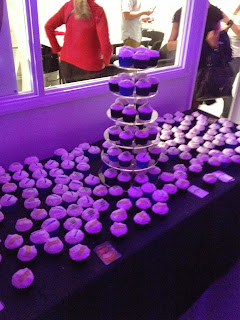 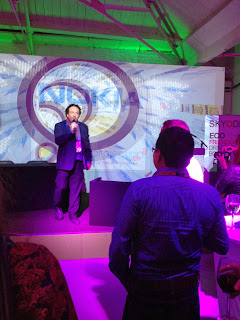 Overall I had a good night, although I would suggest more hubs next time, apart from networking there wasn't as many stands or focal points as I imagined there would be. It was a great event and I can't wait to keep updated on the rest of Social Media Week. If you would like to keep updated with Tweets about Social Media Week, take a look at their Twitter page HERE.