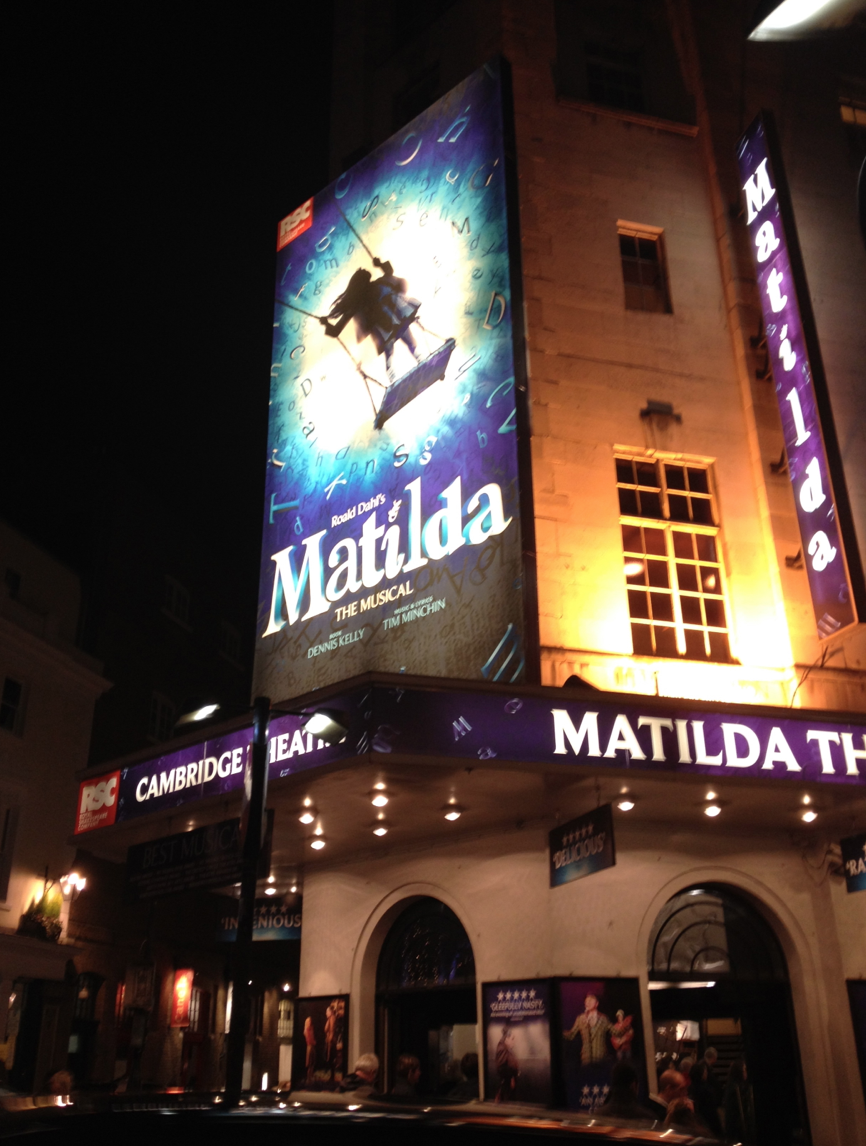 Me and my sister and HUGE Matilda fans, so for her birthday recently I got us both tickets to see Matilda the musical.

I know a lot of people who have been to see this and said it was EXCELLENT!

It did not disappoint..

If you haven't seen this already. GO SEE IT!

At first I was quite sceptical of this. If you've seen the movie/read the book, you'll know it's not a musical. However, they managed to incorporate so many songs whilst sticking to the original story.


Where Did I See It?
I saw Matilda at Cambridge Theatre in Covent Garden and they decorated the inside of the Theatre beautifully!! There were chalk boards everywhere and it really had a school like feel which I thought was very amusing.

I paid for dress circle tickets for me and my sister as I wanted to get a good view & they were pretty expensive but worth it!!


What Was It Like?
The production and the show was BRILLIANT!! So so good! The actors were fantastic, especially Matilda! For a young girl she was amazing. I know there MANY Matilda's and we had Lollie.

If you have seen the performance, the stand out scene for me was the Alphabet one. It was SO cleverly put together!

I wasn't allowed to take photos during the performance for obvious reasons, but I took a photo of the stage which was decorated with hundreds of books and looked amazing.

Coming out of this musical, made me miss going to the Theatre so much. I used to go a lot when I was younger, but not so much anymore. I definitely want to see more! If you haven't heard of this musical before, he's a clip of a performance on Children In Need:

Have any of you seen Matilda the Musical yet?

Email ThisBlogThis!Share to TwitterShare to FacebookShare to Pinterest
Labels: London