I hope you all had a lovely NYE. Without fail every single NYE I watch the London Fireworks on TV as I think they are just amazing and what better way to start the new year - with a bang. I always dreamt about what they are like to see in person and seeing as I now live in London.. Why not go!?!?

Well.. There are in fact many reasons why not to go as I would find out.. 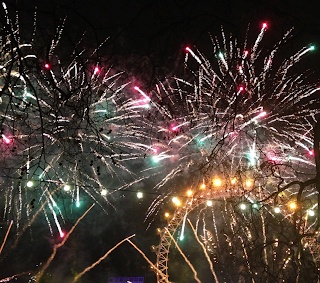 I was warned by a LOT of people who have previously been or live in London not to go. Not because they weren't good but the sheer amount of people and chaos it causes.

So, I did my research into it.. If you know London well or have been to the fireworks before you will know you either stand on Embankment or Westminster for the prime view. Initially I decided to stand further away, but we discovered that most of the tube stations shut at 8pm & the one we wanted to stand outside wasn't even open due to large crowds expected!


So last minute, it was decided we would go all out and go to Embankment, face the crowds and do it right. Welcome to the madness..

Because the areas & tube stops were shut at 8pm and over 250,000 were expected, we got there at 6:30, do not ask why we did this but we thought it was a good idea at the time.. We actually got a really good spot and were pretty much near the barriers & by 7 most of the Embankment was covered. So all well & good we were there, but one issue.. The fireworks weren't until midnight..

THE LONGEST WAIT EVER! 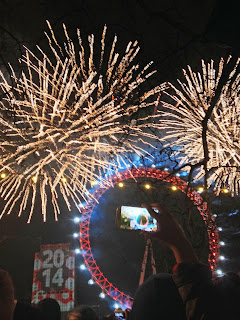 The Wait
I was expecting a lot more.. On TV they cut in around 11pm when the crowd is cheering, there's loud music & it's brilliant. There's a reason they cut in at 11, it doesn't get like that till half 11. Everyone's exhausted from the wait & I'm sure most are just cheering to get home! This was the LONGEST wait ever & the hours really dragged!

The Music
I don't know how I felt about this, it came on at 8 which everyone cheered at as something was needed to get everyone going. But it was quite mellow.. I was expecting music to get everyone going, whether that be singing along or dancing, but it was neither. It wasn't bad, just not as good as I thought. It also wasn't very loud, if the crowd had been singing it may have been a better atmosphere.

The Crowd
The crowd wasn't actually as bad as I thought it might be. There were only 2 girls where I stood who were really drunk. I had drink with me but I didn't get stupidly drunk as 1 getting home was going to be bad and 2 there was a lack of toilets & going would mean losing your space. The crowd didn't get rowdy & there was not much pushing either. In fact the people in front shared sweets with us as we didn't get a pack and the people next to us gave us a flashing bracelets which was lovely. Everyone was in high spirits.

The Fireworks
After what seemed like a 6 hour wait.. oh wait it WAS a 6 hour wait, midnight was here. And I know I've moaned a lot so far.. but the fireworks were INCREDIBLE. They were breathtaking and the show that was put on was amazing. I was in awe and was screaming like a little kid at all the different fireworks. London really put on a show and the music and colours were all perfect. It seemed to go so quick, I wanted it to go on forever. The whole sky was lit up and for a second it made everything worth it. 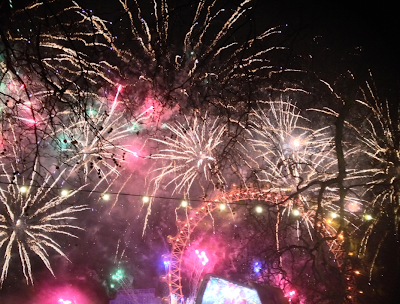 Sensory Fireworks
Some people have asked me about this after I said I went, and YES the fireworks were sensory. You could taste and smell the fireworks due to them blasting out some sort of air into the crowd when the firework was released. These were fruit flavoured and actually tasted delicious!! There was also flavoured/edible confetti and balloons floating round during the show. London are the first to do these sensory fireworks so it was lovely to be a part of that on New Years Eve and you could honestly smell it SO much. 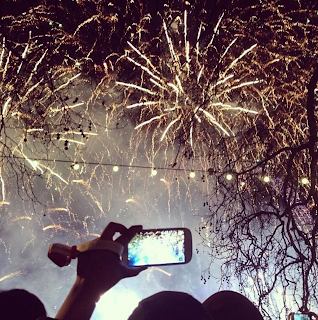 This was chaos, there is no other word to describe this, CHOAS. I love London, but on New Years Eve it's horrible. Embankment and Westminster station were shut so we kind of followed the crowd. We saw 1 sign for Victoria station and did end up actually going from there but along the way there was only that 1 sign which I thought was terrible!! Especially for tourists, I myself has no idea where I was going as this is a long walk!! Especially when you are being pushed a long with a crowd.

I was actually scared and this is one of the few times I have been scared in London. I witnessed so many fights and people covered in blood on the walk to the tube & it was horrifying to see that people were punching strangers.


Eventually when we got to Victoria, we had to walk round the station twice as each entrance was shut off and were in the queue for a while, but it was constantly moving. All in all, it took us about 2 hours to get home and I only live about 15 mins from where we were. It is good that London kept the tubes open later though as otherwise there is no way people would get home. 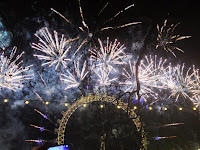 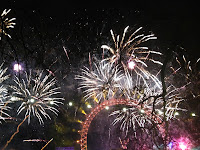 Would I Go Again?
Going to the fireworks in London on NYE is something I have always wanted to do and I am glad I went but I don't think I would do it again. It is so different seeing it on TV, but I'm not sure if it's worth the hassle. The entrance & tubes shut at 8 so even if I was to go later I would still be stood around for 4 hours. The organisation was a bit poor in terms of getting home, the lack of directions after it had finished let it down, but it was absolutely packed with over 250,000 people in one space so I guess it could have been a lot worse considering.

I don't want the end of the night to take away from the fireworks though. They were BREATHTAKING and London really put on a show for New Year! 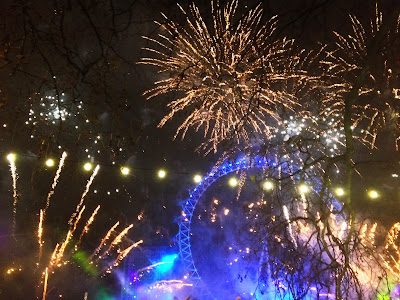 Below are some of the videos I managed to capture:


Have you ever been to the fireworks in London on NYE? If not what do you normally do NYE and what did you get up to this year?